Images of Comet 67P/Churyumov-Gerasimenko taken from the Rosetta spacecraft: 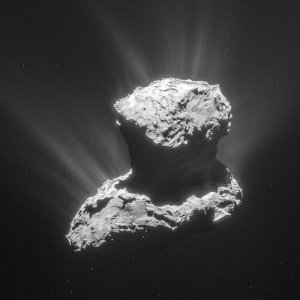 The comet’s activity has been significantly increasing over the last weeks and months.

As the comet moves closer to the Sun along its orbit, its nucleus gets warmer and warmer. Frozen gases sublimate from its surface, carrying dust particles with it and enshrouding the nucleus in a dense coma.

With only four months to go until perihelion – the closest point to the Sun – this process is well underway, with pronounced dust jets seen at all times on the comet’s day side. 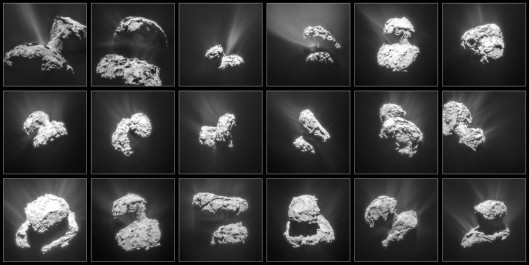 The 13 April 2015 CometWatch entry is dedicated to Comet 67P/C-G’s activity – this stunning montage of images is showcased as our ‘Space Science Image of the Week’.

Visit the site below for more information and remarkable images.