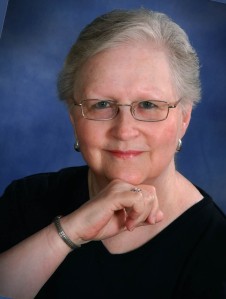 A native of Florence, South Carolina, I attended the University of South Carolina at Florence, now Francis Marion University. My husband Tim Cox and I owned and operated Executive Services of the Pee Dee, Inc., a business services company, for twenty years. I closed the company shortly after Tim died in 2006.

My curiosity about space – stars, galaxies, pulsars, quasars, black holes, etc. – was no doubt “inherited” (sort of by osmosis) from my parents, who were stationed at an Army Air Force Base in New Mexico in the 1940’s. My mother later purchased a telescope and spent many 1950’s and 60’s night-time hours staring up at the night sky.

So why this blog?

God made the universe, not just a planet. He made multiple galaxies, not just one solar system. He made each one unique – galaxies and solar systems, stars and planets and moons and asteroids and comets, black holes, dark matter, etc. He designed and created the laws of physics that govern how they all move about, interact with each other, “live” and “die.”

Why? I asked him one day. Why not? He answered. Then he asked me, How long is eternity?

Ahhh. I didn’t have to meditate long to answer that. Eternity is long. Long enough for human beings, his most treasured creation, to get to know and investigate and discover and explore the rest of his marvelous creation, the universe. And perhaps other universes.

Don’t let yourself get so caught up in the goings-on here on planet earth that you lose the perspective of eternity, he said. I’m trying my best to heed that caution.